“Language barrier” is a common phrase in English… have you ever been in a situation when language was a barrier? 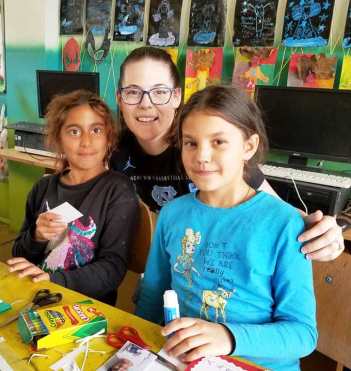 We’ve certainly known that feeling. After nearly seven years here in Slovakia, we’ve felt it often, and we still have situations when we feel hindered by the fact that Slovak is not our native language. Someone will use a word that we don’t know, and suddenly we may be lost in a conversation where we felt comfortable and secure.

But there are some things that transcend the spoken language barrier. Gestures can help us get what we need. Touch, used correctly, can speak volumes. A photo or painting can “speak a thousand words,” and music and other arts often communicate ideas and feelings that even our best words can’t express.

Recently we’ve been reminded that what seems like a barrier, can sometimes become a bridge.

From May 18-26 we were privileged to host a mission team from First Baptist Church of Marion, North Carolina. With 16 members – many of them college students – we had the same question before us that we have with any team: How can we help these willing volunteers connect and minister in a meaningful way, even though they don’t speak the same language?

The team helped us in our school clubs, which we’re now calling “Silné Deti“ (Strong Kids). After a year of clubs filled with English words, Bible stories, and practical life skills, we developed a project which allowed the children to review and show their parents what they learned. Each child would make a “lapbook” with various games and activities that reinforce the ideas and vocabulary we covered this year.

This team’s job would be to sit with the children, in small groups or even one-on-one at times, and work with them to cut, color and assemble their lapbook. We hoped the simple fact of sitting one-on-one with an adult would be enough to help them connect across the language barrier.

But we didn’t count on the bridges they would build as they interacted with the children. They leaned in and worked closely with the children, even though they couldn’t understand each other. They practiced English colors and numbers… but perhaps most importantly, they tried a little bit of Slovak.

The volunteers – many of them college students – really worked at learning Slovak phrases and words, at times even allowing the kids to help them. Remember, these Roma children are speaking Slovak as their second language (they speak Romani at home). But by allowing the children to teach them, these often-underestimated Roma children found new joy in being teachers. They are so used to being the ones who don’t understand… suddenly, they were the ones helping others understand.

What a difference it made. We saw smiles and heard laughter. The American volunteers humbled themselves and became learners, and these kids suddenly found joy in being the ones with the answers. 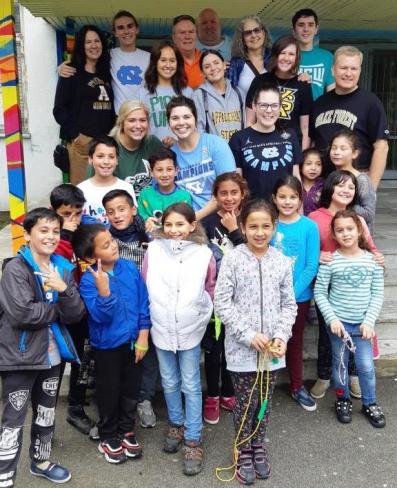 What was once a barrier, became a bridge.

Now I’m not saying this is a universal fix – if these volunteers were here for several weeks or months, they’d grow as frustrated as we did with all the grammar rules and complicated vocabulary. But in this moment, their willingness to swallow their pride allowed them to forge a bond that would otherwise have been impossible.

What barriers do you face right now? Sometimes, what seems like a barrier to us might possibly – through God’s Spirit and a bit of creativity – become a bridge to a new relationship.

One thought on “Barrier or Bridge?”